This week on AEW Dark, we see a number of debuts as Marina Shafir takes on Kris Statlander, current ROH Pure Champion Josh Woods goes one-on-one against Shawn Spears, and Mei Suruga has her first match stateside for AEW as she teams up with Emi Sakura to face the team of Riho and Ryo Mizunami.

NXT UK has a championship main event as Pretty Deadly defend their NXT UK Tag Team Championship against Moustache Mountain. Blair Davenport sends a message to Meiko Satomura and her women’s title after facing Emilia McKenzie, Amale has a change of heart and Jordan Devlin steps up to be Ilja Dragunov’s next challenger.

On IMPACT Wrestling, Lady Frost makes her first appearance as part of the Knockouts Division and makes a case to be in the first-ever Knockouts Ultimate X Match at Hard to Kill. Moose and W. Morrissey continue to butt heads as Morrissey takes on Matt Cardona, The Influence and The IInspiration fail to get along, and Lawrence D makes a fantastic return with amazing sax music.

Get the brand new Shot in the Dark T-Shirt at Pro Wrestling Tees! 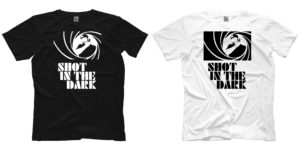 Join our live POST Shows, WatchAlongs and watch us game at Twitch.tv/upnxtpodcast:

Support this podcast at Patreon.com/upNXT for bonus podcasts including retro NXT reviews, Best Match Ever, Top 5, Reviews from the 6ix, and more. This week:

Only $5 for NA tier to access all these shows and everything in the back catalogue!

You can also check out video versions of our reviews on YouTube at YouTube.com/upNXT

Shot in the Dark Theme by: Cno Evil