On Sunday, WWE performer Albert Hardie Jr. a.k.a. Jordan Myles posted his displeasure with a recent t-shirt design from the company that drew myriad criticism for its racial connotations.

I will keep posting this till my voice is heard. I’m not sorry for anything I say or do.

If this is @VinceMcMahon & @TripleH “vision” of me then this is a slap in the face to EVERY African American performer, fan, and supporter. pic.twitter.com/S6Gtg9e4lP

The image on the shirt has a striking resemblance to racist imagery of blackface with the colors chosen for the design depicting a smile with the red lips. 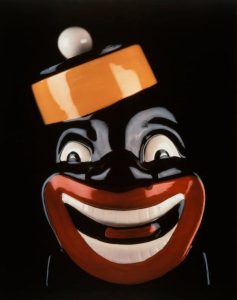 Similar designs drawing comparisons to the racist imagery have been criticized with products released in the past by Prada and from Gucci.

Hardie Jr. was extremely critical of the design stating, “they’ll regret making this” and urging people to change their Twitter avatars to protest the shirt while using #ForTheCulture.

WWE had pulled the design with a new shirt replacing the old one. The company issued the following statement on Sunday responding to the criticism:

Albert Hardie Jr. (aka Jordan Myles) approved this t-shirt for sale. As always, we work collaboratively with all of our performers to develop logos and merchandise designs and get their input and approval before proceeding. This was the same process with Albert, and we responded swiftly once he later requested that the logo/t-shirt be redesigned. No t-shirts were sold.