Martin Bushby & Andrew Thompson are back with another round of Wrestling Adventure. This month, Revolution Pro Wrestling owner Andy Quildan joins them to look back at the seminal documentary, Beyond The Mat from 1999.

They discuss their memories of first seeing the film, the story behind its production, the unprecedented (at the time) behind the scenes access to WWE, and the wrestlers who are followed including Terry Funk, Mick Foley & Jake Roberts.

They also talk about infamous figures like Dennis Stamp & Roland Alexander, and how the doc has influenced Andy in wrestling.

Andy also talks about the return of RevPro live shows and the latest with Will Ospreay.

The three also discuss the death of George Floyd one year on. 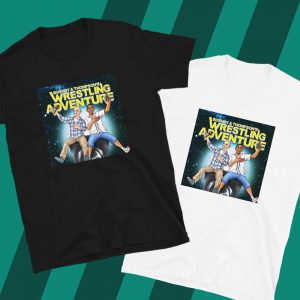